Hello and Welcome to Wand Panic.

Hi! My name is Vincent. A few years ago, I decided to teach myself to make video games, and Inspiration Fairy Wand Panic!! is my classroom.

Inspiration Fairy is a stupid comic I draw that makes me laugh and that pretty much has no rules at all whatsoever, plus the drawings are relatively simple, so it seemed like a good idea to transmute into a game. 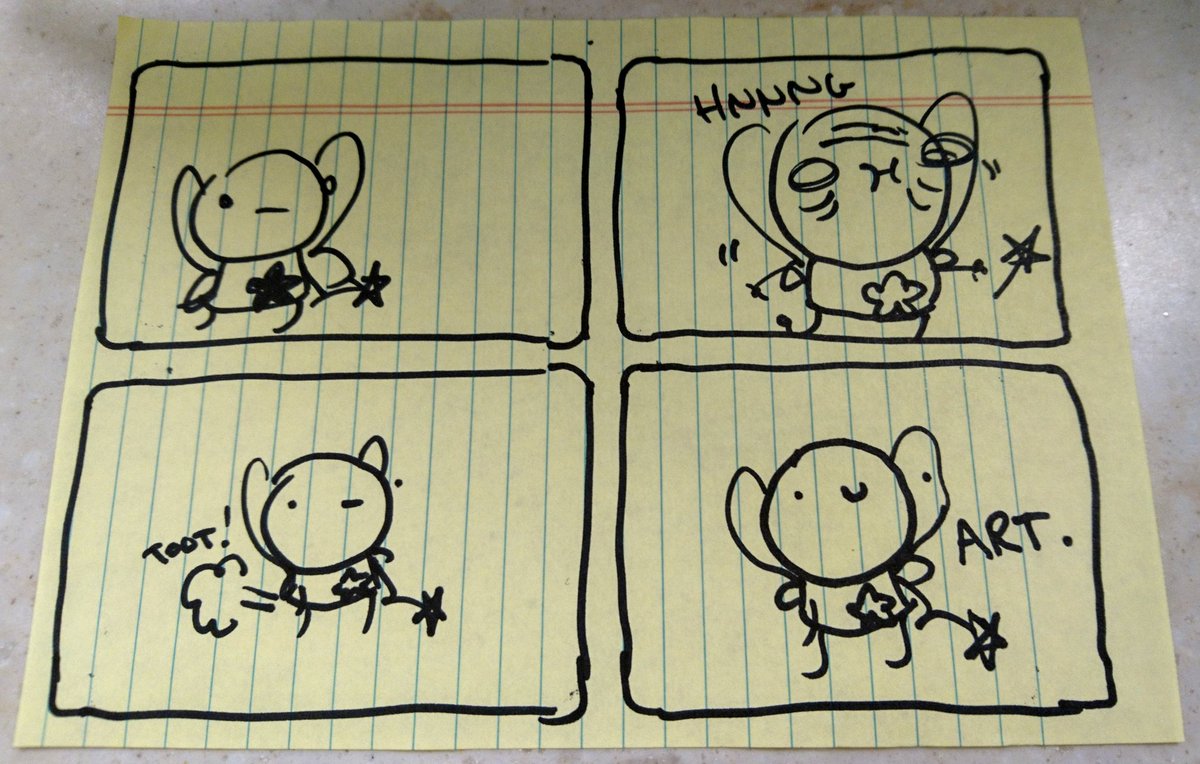 I figured a shoot-em-up would be a good place to start, and there are plenty of tutorials available that have been very helpful in getting started.

The first tool I tried using was the free version of Construct 2, which was pretty alright, although limited. I built out the game following this tutorial, and I drew the first sprites in the in-app editor with a mouse. I got about this far before getting distracted by other stuff:

I had a player character that could shoot, enemies (and a player) that could die, and a score. Once Inspy died, enemies would just keep spawning forever, so there was no end-game state or anything. I was pretty proud of myself, and then didn't do anything else with it for months and months.

Some time later, I picked up a copy of GameMaker in a Humble Bundle, and it included a bunch of licenses and stuff for super cheap, so I jumped back into the game. Both GM and Construct are primarily visual editors, and were similar enough that it wasn't too hard to catch up to where I had gotten before, and for those who are interested, I used this tutorial to get things started. I had also started making sprites for the game in an online editor called Piskel, which I am still using and love. Fun Fact: I primarily draw in black&white, and I have zero confidence in my ability to pick colors, so I pulled colors from a site that collects palettes from Wes Anderson films. 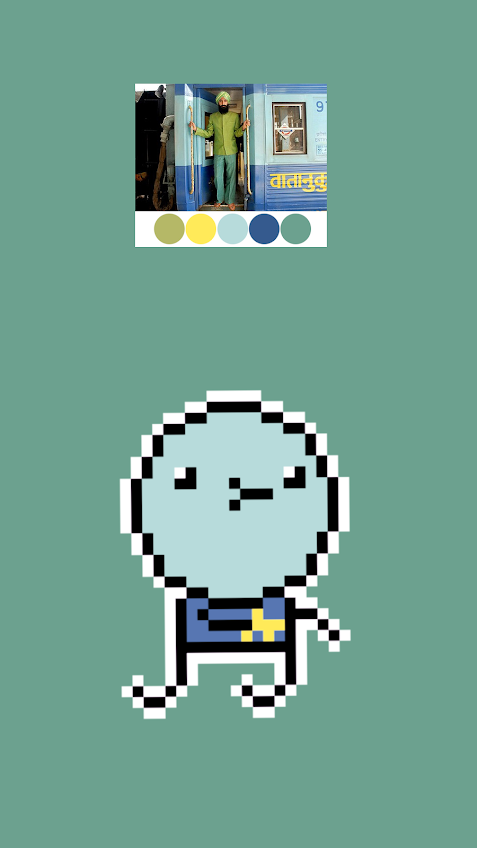 I made the sounds for the game with another online tool called BFXR. One of the next things I intend to do, apart from redoing all the SFX, is to add some code that makes it so the pitch and speed of the samples are more varied. I'll cover that process more in-depth in a future post.

You can play the game as it exists now, which at the moment looks like this:

There is a title screen, some parallax, a life system, enemy and player deaths, and a level boss (which is currently just a blown-up enemy that spawns smaller enemies), which results in an end state. It's a game!

Here's the thing though; when I actually sat down to do the work, it really only took a few hours. Getting the bones of a game put together can literally take as long as it takes for you to get through a tutorial. If there's anything I can relay to you as the most important lesson learned in my efforts thus far, it's this: do not be like me.

Okay, but seriously, the real lesson is to just push through and finish your game. I've restarted so many times, and this is by no means my magnum opus. It's just a fun game for me to learn off of and hopefully finish some time soon, so I can make another game, and then another, and so on.

With that having been said, I'm currently learning how to use Godot, so I can rebuild my game again there. It's got some of the visual elements of GM, but is free and open-source, and I don't have to repurchase all my expensive licenses like I would if I were to upgrade to GameMaker 2, which I would inevitably want to do. I've learned the basics and have started a new tutorial.

Until then, I have some more to add to the GameMaker version of the game. My dear friend Pete Ellison has made me some bangin' music for the game that just HAS to see the light of day ASAP.

I hope this was helpful to you in some way. One of the biggest things I struggle with is internally justifying sharing any of these things when there's so much out there that is articulated so much better, whether it's this post, the game, my comics, or even just a tweet. For me, making things, sharing them, and encouraging other people to make things is the whole point of being alive. The voice that says "why bother" may be loud sometimes, but I try to remember that the question is irrelevant; the answer will always be "because."